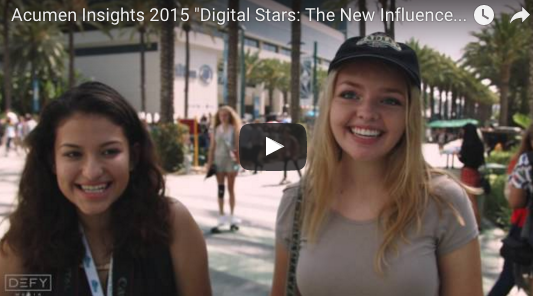 Posted at 20:42h in Creator by muriel
0 Likes
Share

It’s not news today that teens love digital video. But Defy Media’s Acumen research team wanted to dig deeper and talk to teens directly about why they prefer digital video to traditional TV. They also wanted to understand why the digital stars in the videos they watch so often are more appealing than traditional stars. So their team hit the streets at the world’s largest gathering of people who love digital video—VidCon 2015—to get the story from teens themselves. Watch for yourself.